Description There are a lot of python libraries for dealing with Libre/OpenOffice via API (UNO). As for me, one of the most interesting projects is pyoo. It supports a lot of feature from open/save documents up to cell merging and working with charts and diagrams. But none of them implements number of functions wich I need. Online searching turned up some tutorials about automating LibreOffice with Python and Excel with Perl, and also, more importantly, a Perl module that can indeed interface with LibreOffice. Frustratingly though, the docs for that module seem to consist of a single example and a rather unhelpful suggestion to go read the API docs. Conflicts: python3-uno, python3.3-uno: Description: Python-UNO bridge (support for old python 2) The Python-UNO bridge allows use of the standard LibreOffice API: with the Python scripting language. It additionally allows: others to develop UNO components in Python, thus Python UNO components. Reference documentation of the C UNO runtime and a set of C/C base and helper functions and classes to abstract from the system layer. Development Tools: Overview and a short description of the UNO development tools. Examples: A collection of examples in different programming languages (Java, Python, C, Basic, OLE, CLI).

This question is seeking advice from the experts. I have a LibreOffice spreadsheet that is largely based upon Basic macros, but have set up a Python/Latex subsystem that can produce formatted PDF reports by assembling various Latex templates, with such things as barcodes, qrcodes and other art/images. This is done by reading tex templates into Python Templates, passing to them a data dictionary (that would be loaded with spreadsheet data), writing them as temp files to disk, and then compiling them with Latex. What I need to do is connect the data from the spreadsheet to the subsystem. There is no need to return a value to the spreadsheet, just to produce the pdf report on disk (for now).
Firstly there is a need to pass the data via Basic to the Python subsystem. Secondly I am concerned about portability, ie I would like to simply pass a file that can be installed easily on another machine (spreadsheet and subsystem), that just works (on a machine that has xelatex of course). Thirdly there are various approaches:
1. Write an extension to LibreOffice calc
2. Launch a separate process by macro
3. Write a wrapper function for Python (is this possible?)
4. Are plugins possible (see 1 above?) 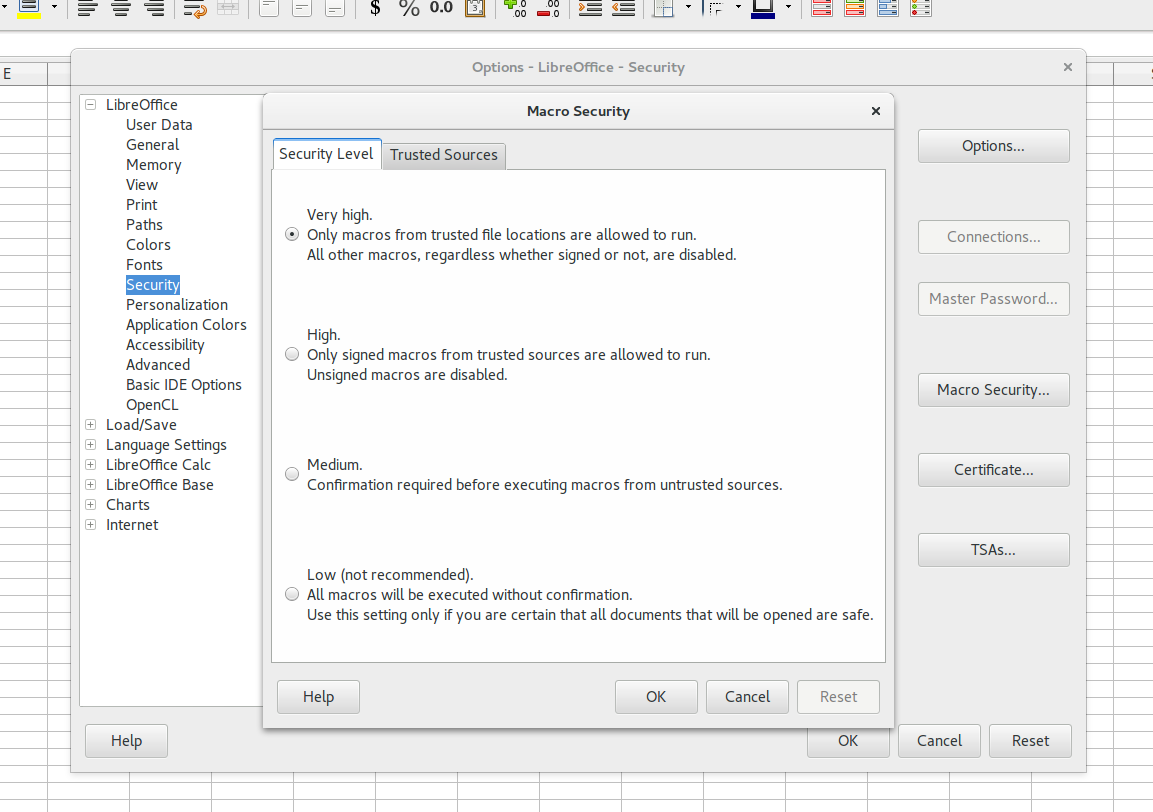 I had hoped that I could use LibreOffice's own built in PDF facilities to produce this output. However the difficulty is the production of barcodes, qrcodes, and other art, latex is much more flexible in this respect.
This initial item has about 15 data elements that need to be passed from the spreadsheet to Python, but I can forsee much more complex and elaborate reports in future. What would be your advice as to the best way to structure the system, and the best way to pass the data?

A Python macro is a function within a .py file, identified as a module. Unlike LibreOffice Basic and its dozen of UNO objects functions or services, Python macros use the XSCRIPTCONTEXT UNO single object, shared with JavaScript and BeanShell. The g_exportedScripts global tuple explicitly lists selectable macros from a module. Python modules hold autonomous code logic, and are independent from one another.

XSCRIPTCONTEXT is not provided to imported modules. 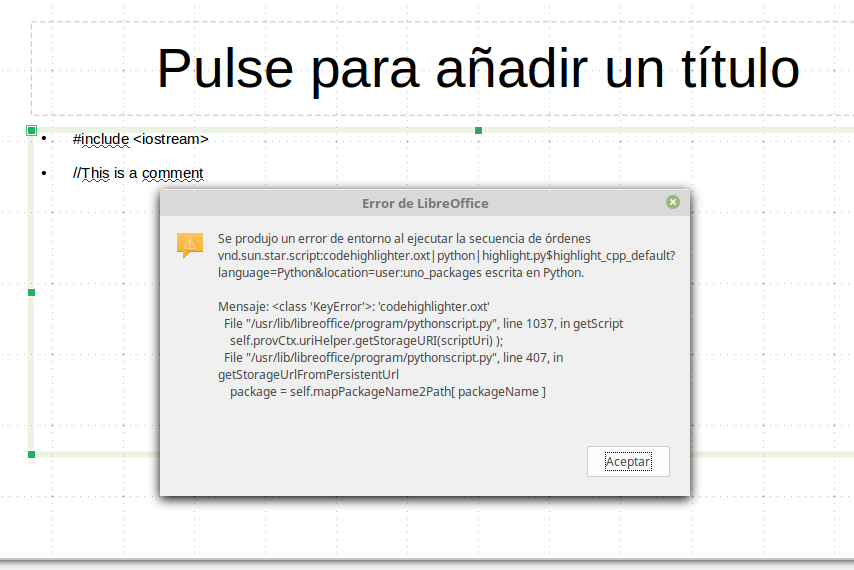 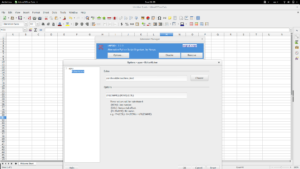 Importing a Python document embedded module is illustrated below, exception handling is not detailed: