This three-part documentary tells Bill Gates’ life story, in-depth and unfiltered, as he pursues unique solutions to some of the world’s most complex problem. Despite some of the docuseries' eye-rolling overpraise, Inside Bill's Brain is about as close a look at Bill Gates anyone has gotten, so it's a win in our book. Sep 20, 2019 Full Review.

I spent the last couple years participating in a Netflix docuseries looking at my work and my life. Part 2 is all about polio and the big bet our foundation. Oct 13, 2019 Inside Bill’s Brain also reminded me of the power of a present and intelligent mother. Look at the legacy that Mary and her husband left behind with their children! The two sisters interviewed in the series also seem equally bright and ambitious as Bill, and I have no doubt that this was due to the upbringing from Mary and Bill Sr.

In his new three-part Netflix documentary, Inside Bill’s Brain: Decoding Bill Gates, Davis Guggenheim remarks that when he first went to meet the Microsoft co-founder, he found him combing line by line through the Minnesota state budget. In Gates’s tote bag were 37 other state budgets, awaiting similar forensic analysis. Such detail-oriented focus has long defined Gates, who, on a plane ride to a crucial early business meeting, wrote a bootloader for the Altair 8800 microcomputer entirely by hand. A single error would have caused the bootloader to fail, but when Gates entered his code on the other end, it worked perfectly. These anecdotes suggest that “inside Bill’s brain” is an orderly, logical, endlessly meticulous thought process. Gates himself compares his mind to a computer’s processor—but when his wife Melinda discovers that Guggenheim’s documentary will focus on her husband’s brain, she bursts out laughing, throws up her hands, and blurts out “It’s CHAOS in there!” There is so much going on, she explains, so much disorder and hyperactivity, that she would not want to live in that brain.

How do we reconcile Gates’ image of his mind as an orderly processor with Melinda’s of his mind as chaos? Are these opposing ideas—or can both be true? As the series unfolds, it offers a critical insight: Our minds are valuable not only for their data-crunching powers, but for their ability to think creatively and synthetically, finding new patterns and new ideas that no-one else can see.

Inside Bill’s Brain traverses Gates’s career, from his early interest in programming to his meteoric success as co-founder and CEO of Microsoft to his transition to co-chair of the world’s largest charitable foundation. Along the way, it highlights the key relationships in Gates’ life—with his mother, his childhood friends (notably Microsoft co-founder Paul Allen), his wife Melinda, and his mentor Warren Buffett. But the most compelling parts of the documentary series are those that show Gates alone, thinking, reading, and churning on pressing problems. Order and chaos combine: The disciplined focus that made Gates wealthy and successful coexists with a primal need to tackle complex problems in a manner that is not always logical, orderly, or linear. Gates’ strength, Guggenheim suggests, comes not only from his single-minded focus, but also from his ability to synthesize knowledge across seemingly disparate fields to arrive at innovative, often surprising solutions.

A legendary workaholic, Gates once spent punitively long hours in the office, even memorizing employees’ license plates so he could keep tabs on who else was staying late. In the 1990s, though, he began breaking up his schedule with “think weeks” devoted to solitary reading and deep thought. Today, he spends even more time in “think week” mode, often retreating to an isolated cabin with a tote bag of books that his assistant replenishes regularly with titles such as John Doerr’s Measure What Matters, Don and Alex Tapscott’s Blockchain Revolution, and Max Tegmark’s Life 3.0: Being Human in the Age of Artificial Intelligence. Gates rapidly absorbs book after book—he reportedly reads 150 pages an hour with 90 percent retention. All of it is at once wildly peripatetic and terrifically focused: Gates wants to solve the huge world problems other people have not been able to solve, and knows that doing that requires him to synthesize vast amounts of reading across radically different fields.

Over the course of three hour-long episodes, we see Gates’ data-crunching mind at work as he challenges foundation grantees to solve problems in sanitation (engineering toilets and sewage processing plants for the developing world that require no outside electricity or plumbing), disease eradication (using quantitative analysis to eliminate polio), and energy (designing a clean, efficient, and safe nuclear reactor that could use existing stocks of nuclear waste to power the United States for centuries ahead). He pursues his goals with dogged resilience. When obstacles crop up, as when terrorists target polio vaccinators in northern Nigeria, he doubles down, commissioning more research and adding resources. He never gives up.

To focus so single-mindedly on large, complex problems requires a mind almost entirely impervious to distraction. And so it’s fascinating to see how one of the information revolution’s chief architects relies heavily on low-tech tools. Gates fills stacks of blank books with handwritten notes, scribbles endlessly on whiteboards, and invites experts to the foundation’s offices for hours of intense face-to-face conversation. He reads bound books at a simple desk, without a smartphone in sight. 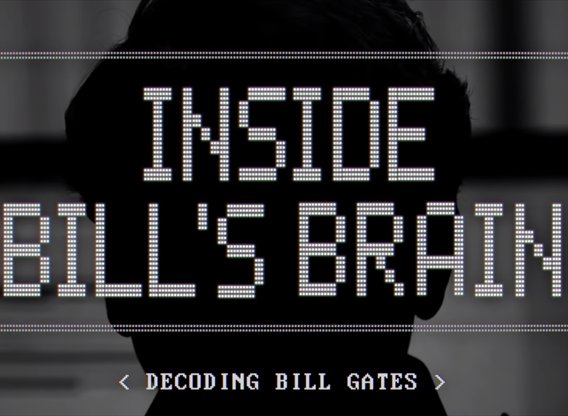 Gates’s work process fascinates precisely because it differs dramatically from the norm in today’s working world. Many employees now sit in open-plan offices where distraction is the norm. We are never far from digital devices that demand our constant attention—the average American now spends almost four hours a day on his or her phone, while McKinsey finds that the average professional spends 28 percent of the work day on email alone.

A growing number of articles, podcasts, and books—including William Treseder’s Reset: Building Purpose in the Age of Digital Distraction, Nir Eyal’s Indistractable: How to Control Your Attention and Choose Your Life, and Frances Booth’s Distraction Trap: How to Focus in a Digital World—signal a modern conversation about the consequences of all this digital distraction. Above all, they reflect a pressing anxiety about what is happening to our very humanity as digital distraction diminishes our ability to focus on our work, our children, our relationships, and our lives.

It’s no surprise, then, that “attention economics” has become an increasingly important topic in behavioral economics. Friedrich Hayek made important early contributions in his 1952 book The Sensory Order, showing how the mind transforms sensory input into decisions and actions that affect how we interrelate in a market economy. The field has been developed through the contributions of Herbert Simon, Michael Goldhaber, Georg Franck, Tom Davenport, and John C. Beck, among others. Today, we find attention economics—once a sedate academic specialty—acquiring real practical urgency. Arguing that “the ability to perform deep work is becoming increasingly rare at exactly the same time it is becoming increasingly valuable in our economy,” Deep Work author Cal Newport proposes that those who cultivate sustained, uninterrupted focus will thrive. A corollary, of course, is that those whose attention is endlessly fragmented by a growing array of devices will fail to accomplish much of note.

For this reason, Inside Bill’s Brain should interest anyone interested in preserving (or reclaiming) their mental focus. It implicitly shows us that true economic value lies not in frantically keeping up with emails, text messages, status updates, and Slack notifications, but in channeling our cognitive energies in ways that make it possible to achieve breakthroughs that others cannot—and so make the world a healthier, happier, better place.

* Maurice Black is a writer, story consultant, and producer of MISS VIRGINIA (2019) 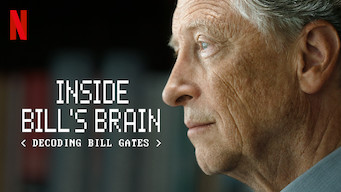 Inside The Mind Of Bill Gates

As an Amazon Affiliate, Econlib earns from qualifying purchases.