Governors were introduced in Civ 6. And although no one really asked for them, they did make for quite an interesting new feature that spices up the game.

This is one of those features that I struggled to get accustomed to for the simple reason that it’s just not too straightforward. And it really makes you think even more before making a decision, which is what Civ is all about, but still… it’s an extra weight on your brain!

Regardless, a well-used governor is an asset to behold.

Some governors will help you rally your economy whilst others will give you much better military prowess. You’ll probably end up a game of civ having them all, anyway. But you might want to know which ones are better so you can get them first.

As a small disclaimer before we begin, please note that all governors are useful. And to some extent, they’re all equally as effective.

You just need to know which role you’re playing to identify which governor will better suit your playstyle. Don’t go for Victor if you’re looking to get a diplomatic win, dammit!

Civilization 6: Gathering Storm is almost upon us, bringing foul weather, natural disasters and climate change with it, and it pays to be prepared. The Ottomans are a military-minded civ,. Terminology used in this guide and not in-game is explained here. AoE (Area of Effect) - Describes bonuses or penalties that affect multiple tiles in a set radius. Positive examples include Factories and Stadiums (which by default offer production and happiness respectively to cities within a 6 tile radius unless they're within range of another building of the same type) and a negative example.

Ibrahim got introduced to the game with the Gathering Storm DLC, and he’s the only governor in the game that is truly unique to a civilization (the Ottomans, that is).

I’d argue that this is the best military governor in the game, which replaces Victor. But he gets the last spot on my list because he’s only available for the Ottomans.

There’s only so much one can do with him.

I do think we should get more unique governors, though. 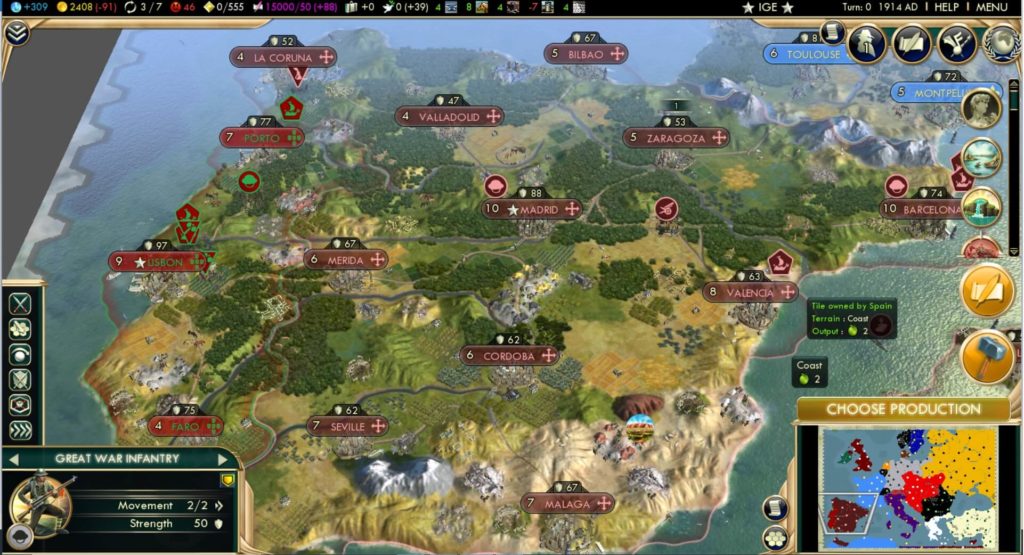 One could argue that all governors should be different for all sorts of civilizations. But I’m giving the benefit of the doubt to the devs because one could only imagine the crap they might have taken on this.

Reyna is an absolutely fantastic governor that excels at increasing a city’s productivity.

Not only does she have the ability to increase the gold yield of a city and all of its tiles, but she also has the ability to generate Clean Power and increase tourism within the city upon which she is assigned.

If you’re going for a cultural victory, she’s the one to get.

I always use her in my domination campaigns in the mid-game too, as the bonus gold is always useful to buy more units.

If you’re going for a religious win, Moksha’s faith will see you through the win.

Using him strategically across your cities could mean the difference between a loss and a win.

The guy provides you with nothing but the best religious boosts in the game! Well worth a try.

Liang is the one governor who specializes in city growth and keeping your city safe whenever a natural disaster occurs.

She’s an expert at keeping cities intact whenever nature strikes, but she won’t be of much use to you if you’re about to engage in a fight with another civilization.

Amani is not a hand-bag producer, as close as her name might be.

She’s the girl you’ll want to hire if you’re looking to sway the influence of city-states in your favor.

I know that many Civ players weren’t too fond of city-states in CIV V, but the introduction of governors and the creation of Amani will truly make you rethink your point on them.

A fantastic governor and one of the best in the game, hands down.

Magnus is the one guy who you’ll want to move around more often than the other governors.

This dude is amazing at boosting the production of your cities, turning an otherwise poorly-managed city into a magnificent production source that will have you creating new buildings in a matter of a couple turns.

If you happen to be struggling with growth, Magnus is the guy you’ll want to approach.

By far one of the best governors in the game and one of my favorite ones to use.

Arguably, though, placing him in the right cities could win you the game… but you’ll have to be moving him around a lot to get the best use out of him.

Whether you’re going for a cultural or scientific victory, Pingala will be your go-to guy.

He increases the Science or Cultural output of your cities, depending on which path you follow and which of his abilities you unlock first.

Pingala could create a powerful city that could win you the game almost singlehandedly.

As one of the best governors in the game, he’s quickly become one of my favorites as it truly makes a science win a much easier task. I’d say governors are a worthwhile feature just to see this guy in action!

This dude is an overall master military man, who has the main ability to keep your cities protected from all sorts of attacks.

When it comes to keeping your cities defended, there’s no better governor than Victor.

It’s not all about sheer military power with Victor, though.

By far the best defensive governor in the game. Place him strategically during a war and avoid an attack on your most vulnerable towns.